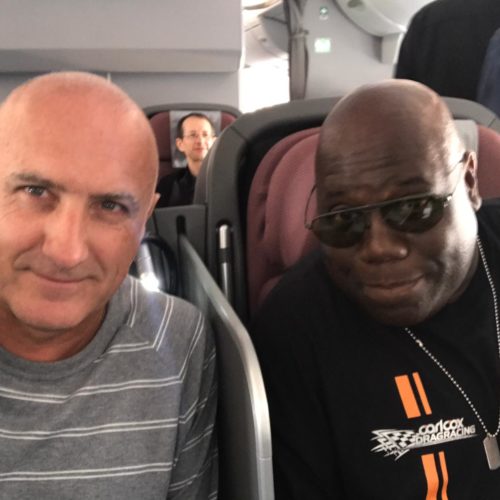 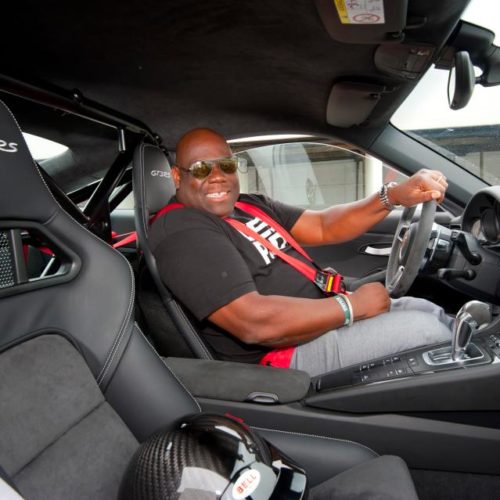 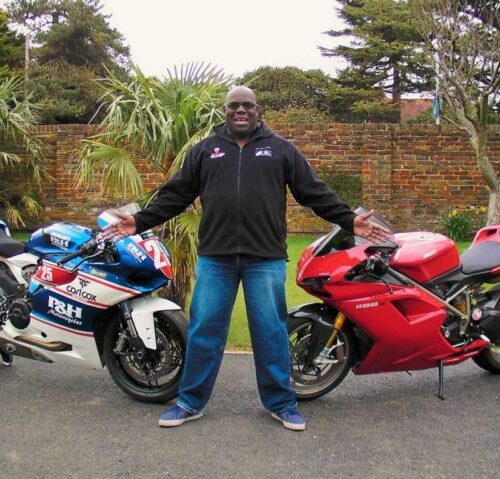 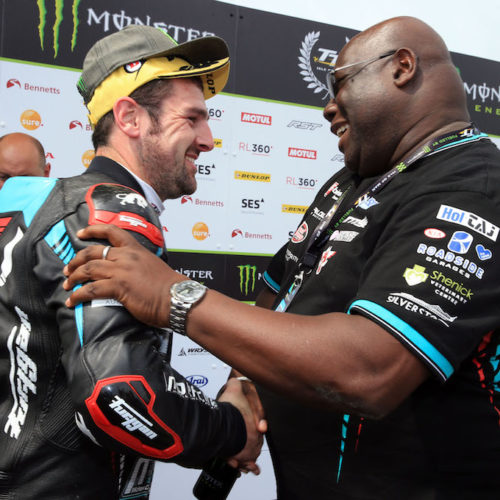 One of the most charming DJs in the business. A musical ambassador and a veteran of acid house, a champion of techno, a dance music pioneer, label owner, King of Ibiza – you name it, Carl’s been there and done it, never losing sight of his passions – playing music, breaking tunes and celebrating life.

It was at the age of 15 that Carl bought a set of turntables and began working as a mobile DJ. Disco was the first music that captivated him but by the early 80s Cox had moved on to playing the same music as other young London DJs – rare groove, New York hip-hop and electro. He was perfectly placed to hear Chicago house music in its earliest forms, and when the epic ‘Acid Trax’ by Phuture (a.k.a. DJ Pierre) came out in early ’87. “It was then that I thought, ‘This is it,’ says Carl. “I would do my parties, and I’d play old rare groove and hip hop and soul and I would say ‘Right you’ve got to hear this Phuture track’ and people would just stop and listen.”

As a founder of the sound, Carl rode the exploding British rave scene. He played the opening night of Danny Rampling’s legendary Shoom, co-promoted The Project with Paul Oakenfold, where he also DJ’d and did the sound system. He held a residency at the Zap Club in Brighton and at the Sunrise rave in 1988, hooked up a third turntable for his dawn-breaking set, got 15,000 people back on their feet, and established a personal rep for three-deck wizardry.

The next step was to make music, and Carl’s 1991 debut single for Paul Oakenfold’s Perfecto label, ‘I Want You,’ reached Number 23 in the national UK charts and gave Carl his first Top of the Pops appearance. Two more singles also made the charts. But Carl was a reluctant pop star and as the masses moved onto fluffy house and trance, and the hardcore created jungle, Cox retreated into the club world that had nurtured him, and instead embraced the underground sounds of techno. “Techno drives home somewhere,” he says of his core music. “It takes you to an element of surprise, not knowing where you’re going. It’s scary but wonderful at the same time.”

Carl’s classic releases include his 1995 mix CD, ‘F.A.C.T,‘ which became a techno benchmark, selling over 250,000 copies, and the 1996 EP ‘Two Paintings and a Drum,‘ which again broke the British top 30. Alongside Carl’s ‘Ultimate Music Management’ company, which counted Josh Wink and Laurent Garnier among 27 clients, there was the Ultimatum record label, for which Carl recorded his third top 30 UK single, ‘Sensual Sophis-ti-cat.’ In 2005, Carl’s third album, ‘The Second Sign’ caused a stir across Europe and reached number 3 in Spain’s national chart. Also gaining critical acclaim was ‘Dirty Bass,’ a collaboration with Christian Smith, and the funky ‘Give Me Your Love’, both released on 23rd Century Records, an outlet for his own burgeoning production output.

Carl formed his own label, Intec Records, in 1999, scoring a series of underground hits and enjoying eight years at the forefront of electronic music. After its closure in 2006, Carl was still inundated with new music, finally deciding to re-launch the label as Intec Digital in 2010, and it’s been a triumphant return, thanks to exclusives from some of the biggest names in techno. Intec Digital was also the home for Carl’s 6th studio album, ‘All Roads Lead To the Dancefloor,’ released to critical acclaim in 2011. In 2013 Carl re-launched his seminal Pure Intec series, nine years after the hugely successful original ‘Pure Intec.’ Pure Intec 3 followed in 2016 and this year sees the release of the 4th installment in the series – Pure Intec 4. “I’ve always been about nurturing artists and supporting new talent,” says Carl. “Sometimes a release gets missed, or overlooked. Pure Intec is a great way to collate the best of our output and celebrate it.”

And of course Carl’s name cannot be mentioned without Ibiza. His legendary Ibiza residency at Space came to an end in 2016, after an unbelievable 15 consecutive years.  Since 2001 Carl helped establish Space as one of the biggest clubs in the world. With carefully thought out line ups, and as much emphasis on new talent as big names, Carl always strived to keep his night at the forefront of Ibiza clubbing making it one of the most successful residencies in Ibiza history. Starting out in 2001 with just 6 nights, his residency grew and adapted as the club did, so for Carl it was only right to end his residency as Space itself closed its doors.  And what a way to go out. Carl’s final 15 week season was his biggest ever, with every single night selling out, heralded by fans and critics alike as a triumphant finale to a piece of dance history.

In summer 2018 Carl caused huge excitement, when it was announced he had joined forces with Space’s founder Pepe Rosello, general manager Juan Arenas and Ibiza promoter Dave Browning and that together they were working on bringing back the legendary club to Ibiza. “Space club Ibiza has always been my home for the last 20 years,” said Carl. “To pave the new way for the future of Space is really exciting, and now forming a partnership with Pepe, Juan, and Dave Browning to run the newly-formed team, it feels solid in the way that we are a family team, and I feel we can bring everything back to where it belongs.”

Those plans are still very much under way, although Carl admits their hands are tied currently in terms of opening a new club on the island. “There’s a protocol in place beyond our control, but we still 100% want to do it and I’m confident it will happen. Until then we’re concentrating on keeping the Space flag flying with some great events across the world.” These include an upcoming Steel Yard London Carl Cox Presents Space Ibiza, a special Space stage at Tomorrowland and various Studio 338 parties, with more Space events being planned.

Ibiza is still priority for Carl, where he has returned to play every summer since Space’s closure, carefully picking and choosing which nights he’ll play. He now has his roaming club series ‘One Night Stand’ which returns in summer 2019 with two nights at DC-10 and he’s enjoying being back at Privilege Ibiza, as part of Resistance, acting as curator and headliner for another four parties this year. On top of that he’ll be joining Nic Fanciulli for two nights at Ushuaia and playing Pacha’s closing party with Marco Carola.  In my early days of playing Ibiza it wasn’t alien for me to play all the clubs,” says Carl. “I had the opportunity to do my own night at Space and define my sound in one club. It’s now nice to be able to share the love with some of the other clubs.”

Carl continues to be one of most in demand DJs in the world, with countless club dates and festival appearances every year.  After 12 years delivering his Carl Cox & Friends stage at Ultra, Carl is now proud to be ambassador for the Resistance parties, for Ultra worldwide. He also now has his own concept party Pure – started with Richie McNeill and Eric Powell, and which turns five this year. Built on the idea of taking things back to basics, Carl put the music first and foremost for some no nonsense, no frills techno parties, which grows by the year, with this year’s Pure events being the biggest to date. “Pure is my thing. I’ve nurtured it from day one, striving to bring the best purveyors of techno together to deliver it in its purest form, and it works.” On top of the Australian events, Carl has taken Pure to Ibiza and the UK, with further Pure events planned for New York, Montreal and Prague.

Carl became an official partner of Babylon festival in Australia in 2018, a role he continued this year, helping curate the lineup, the event’s ethos, and jumping onboard as Babylon’s headline act. Carl also has a long history with Burning Man, having performed at the annual event in Black Rock City since 2008. Carl started his Playground camp as a way to celebrate all that Burning Man is and as a way to give back to a culture that he loves. It started small and most who landed in the camp that first year were those just passing by to get someplace else, but the music and vibe pulled them in. From that humble start it has steadily grown over the years and in a very organic way because the energy, music and people are what makes Playground so special.

On top of all this Carl has also found the time to launch another label, Awesome Soundwave (ASW) with label partner, Christopher Coe, AKA Digital Primate. Launched in May 2018, the label is geared towards artists who make and perform their music live and has signed six artists so far. “My idea was to create a label where artists who can make and perform their music live, have a stable where they can be themselves and be able to create the music without any boundaries.” He is also still at the forefront of producing music himself.  He now has his own state of the art studio in Australia which enables him to work production anytime he’s not on the road. Carl’s remix of Ninetoes ‘Finder,’ went through the roof when released last year and he recently made his return to Circus Recordings for the menacing ‘Dark Alleys.’ He’s returned to the track that helped start it all back in 1987, remixing DJ Pierre’s ‘Acid Track’, for Pierre’s upcoming 35 years of DJing celebration release. Elsewhere look out for Carl’s masterful touch on remixes of Russell Small’s ‘It Is What It Is,’ Purple Disco Machine’s ‘Body Funk’ and a new mix of his own 2000 release ‘Dr Funk’, out on Bush Records.

And don’t forget Carl’s other major passion, his beloved motorsports. Having had a love of cars and motorbikes ever since he was a child, Carl has collected cars and bikes most of his life, with over 100 in his current collection. In 2013 Carl started Carl Cox Motorsport, which has quickly grown internationally with the incorporation of various teams and styles of motor racing. From the NZ & World road race Sidecar championships, The Ducati Tri-Options Cup in the UK, to the Post Classic motorcycles and V8 Drag racing in Australia, the teams continue to achieve amazing results with multiple lap records, race wins, championship placings and personal goals being reached.

“To be able to utilize what I have learned from the marketing and brand side of my DJ career and to apply it to my passion for motor sport is a great thing. And it’s already made a difference. I never thought the motor team would grow like this, it’s been unbelievable. It’s a huge passion for me and I’m dedicated to continue making it a success.” 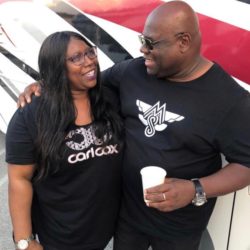 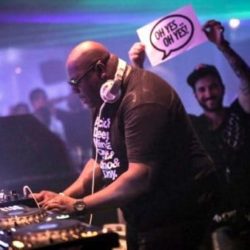 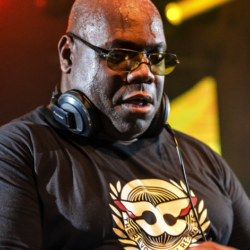 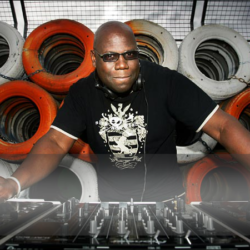